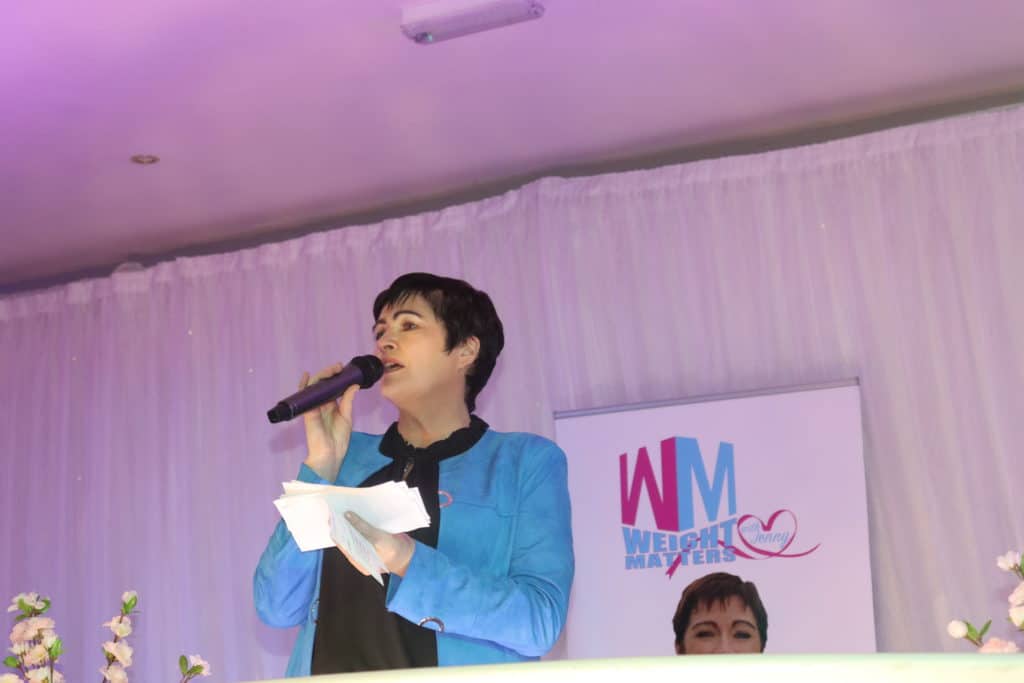 I pushed myself and I liked it.

So let me tell you about what I was up to recently. I was MC for a Ladies Night in aid of Tunnyduff National School! How did I get this job, I hear you wonder…

Well, it all started when I offered to give some WeightMatters vouchers towards the spot prizes on the night. I spoke to Geraldine, the committee’s chairperson about how I used to be on that very same school committee and would be delighted to give something towards their good work. We ended the call and I was content with doing my bit.

But a week before the event, I received another call from Geraldine, she was worried as their chosen MC had a family member very sick and she was unsure if she would be able to attend the event.  Naturally this was distressing for the committee and Geraldine had decided to put a plan B into motion. That plan B was little old me! Now don’t get me wrong, I was flattered to be considered for the role but I was also very nervous. How was I going to be able to do this? Could I do this? Yes, I speak to my members on video and during class all the time but this was different. This was to a much larger number of people and a topic I was unfamiliar with.  The butterflies were dancing in my belly!

If I was needed, I wanted to do the event despite my fears; firstly, I wouldn’t let the committee down, who had worked tirelessly in putting it all together.  And as I mentioned before I had been on this particular committee so felt an alliance with them. But also, I wanted to do it to prove to myself that I could do it, I could present a fun filled night with professionalism.  And then the call came on the morning of the event. I was needed.  It was nerve wrecking; I was jittery all day! 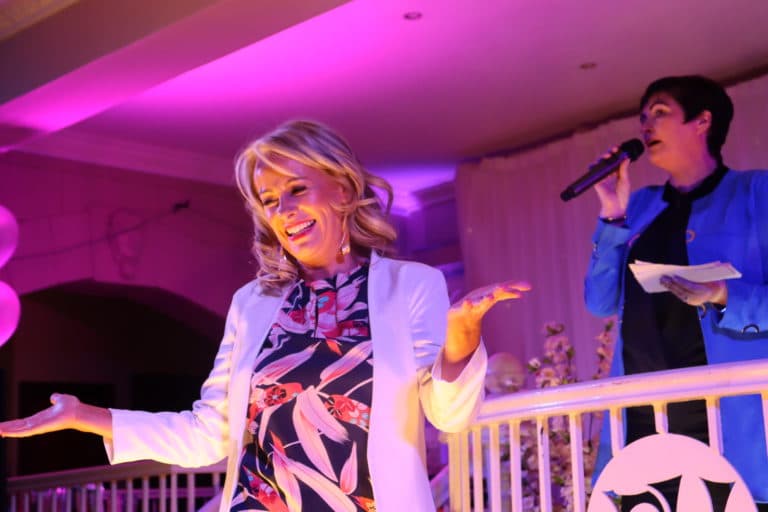 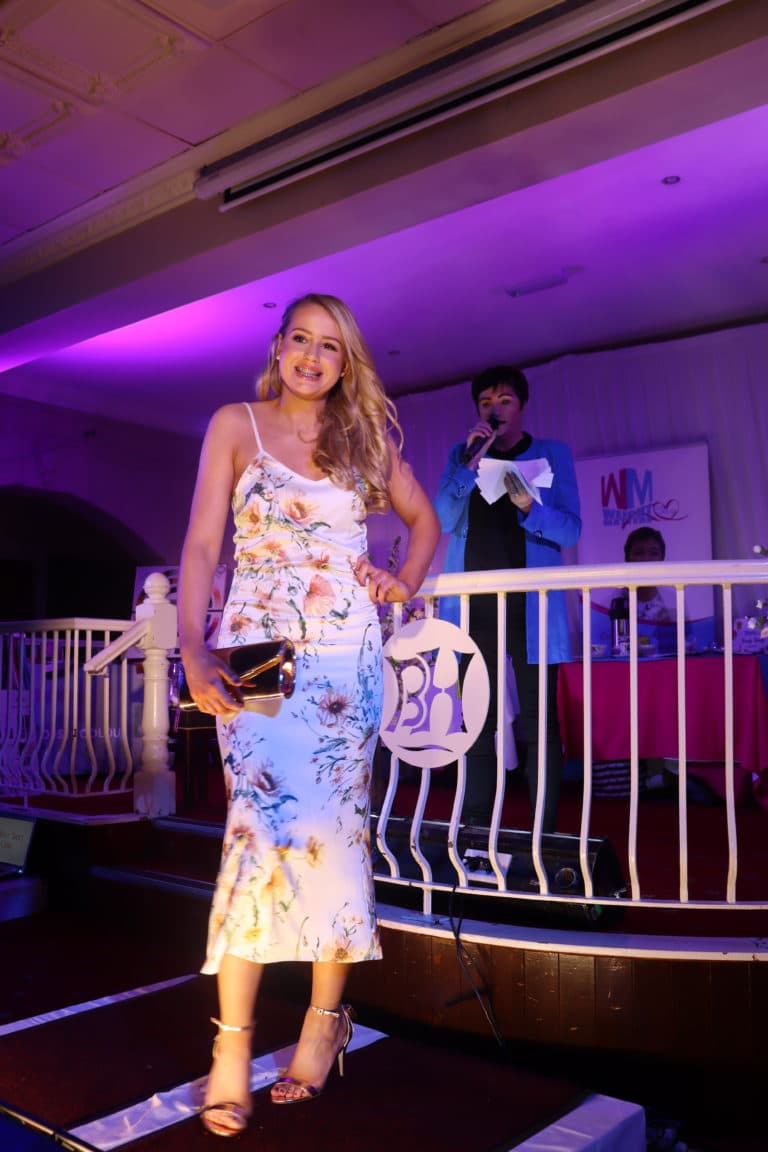 When I got up on stage after Geraldine’s introduction, I felt like a swan floating about on a lake- looking poised and confident but paddling furiously under the surface! But once I got into the stride of the night and overcame a few hurdles, I seemed to relax and even started to enjoy myself. The amazing clothes were all from Off the Rack in Cootehill and McCauls, Bailieborough, who had lots of daytime and evening looks in a wide variety of sizes to ensure body confidence. The models were all local ladies and gentlemen who injected grace and elegance to the proceedings. During the night we enjoyed demonstrations from Essential beauty and Amy Gargan Makeup, who both showed us how to look our best. Maria was there from House of Colour to showcase her skills with the use of colour and she also gave us some important insights on how we could dress our figures. We had a little fun with Sean Reilly, his quick wit and his guitar. I concluded the night with an interview with two ladies from Operation Transformation who had a new lust for life. The atmosphere in the room was light hearted and jovial, which was helped along by the cocktail bar no doubt!

After the event I felt so proud of myself and how I had really stepped outside of my comfort zone. I am glad I had this opportunity to be involved in such a dynamic event. Personally, I now know there is always a new way to challenge yourself and life does present these opportunities at times. The models themselves were also nervous before we kicked off the evening, but they too pushed themselves outside of their comfort zone and did a marvellous job. I hope they, like me, have found they now have a larger comfort zone with grown confidence in their abilities and their body image.

So, if you get an opportunity and you doubt your own capabilities, what should you do?

This is where you should try to say yes and give it a whirl. What’s the worst that can happen? 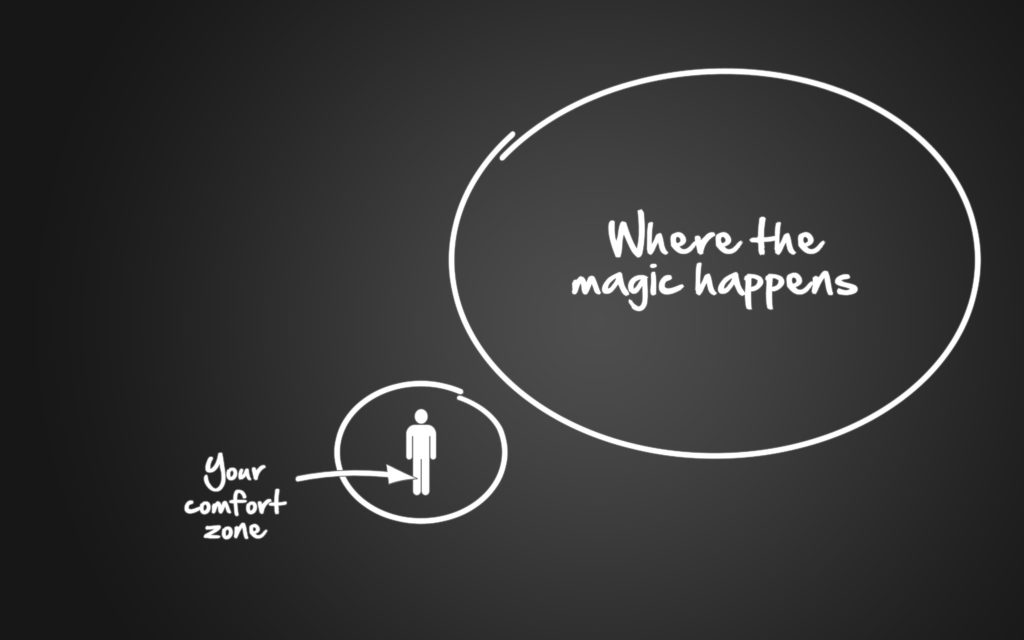 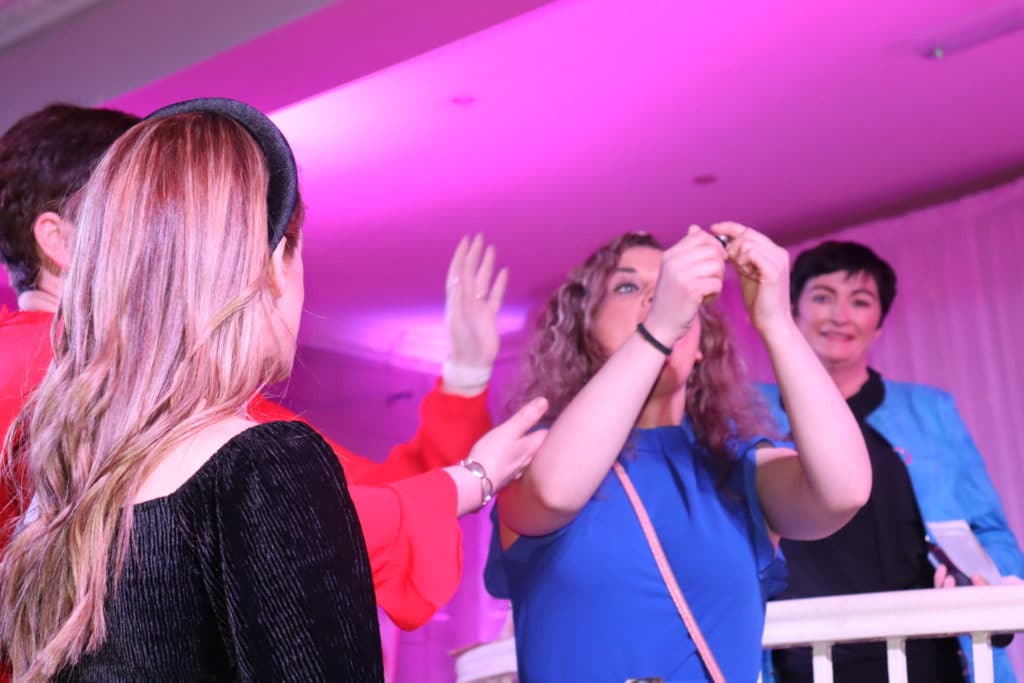 Enquiry Form
We use cookies on our website to give you the most relevant experience by remembering your preferences and repeat visits. By clicking “Accept”, you consent to the use of ALL the cookies.
Cookie settingsACCEPT
Manage consent

This website uses cookies to improve your experience while you navigate through the website. Out of these, the cookies that are categorized as necessary are stored on your browser as they are essential for the working of basic functionalities of the website. We also use third-party cookies that help us analyze and understand how you use this website. These cookies will be stored in your browser only with your consent. You also have the option to opt-out of these cookies. But opting out of some of these cookies may affect your browsing experience.
Necessary Always Enabled
Necessary cookies are absolutely essential for the website to function properly. These cookies ensure basic functionalities and security features of the website, anonymously.
Functional
Functional cookies help to perform certain functionalities like sharing the content of the website on social media platforms, collect feedbacks, and other third-party features.
Performance
Performance cookies are used to understand and analyze the key performance indexes of the website which helps in delivering a better user experience for the visitors.
Analytics
Analytical cookies are used to understand how visitors interact with the website. These cookies help provide information on metrics the number of visitors, bounce rate, traffic source, etc.
Advertisement
Advertisement cookies are used to provide visitors with relevant ads and marketing campaigns. These cookies track visitors across websites and collect information to provide customized ads.
Others
Other uncategorized cookies are those that are being analyzed and have not been classified into a category as yet.
SAVE & ACCEPT
Scroll to Top